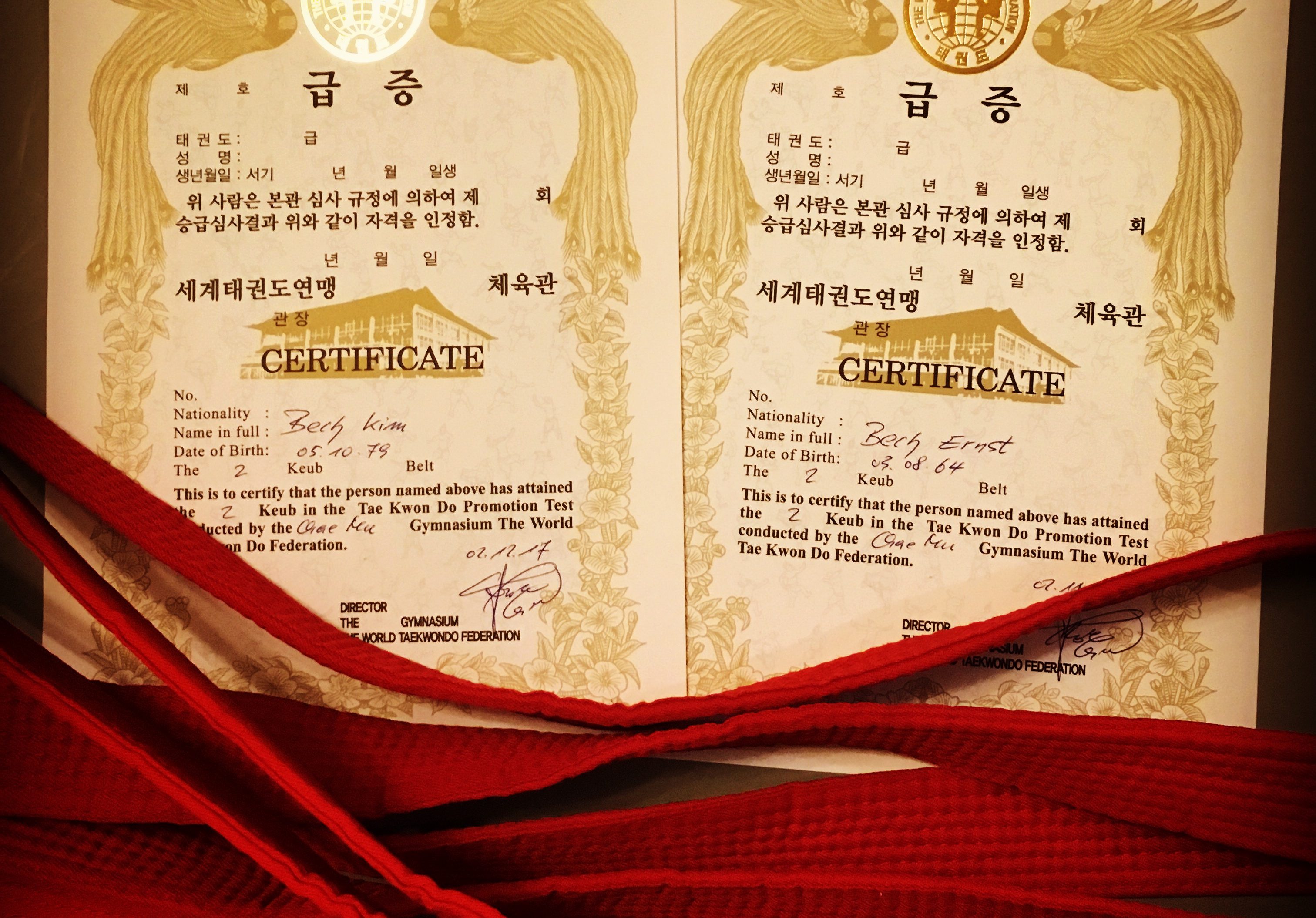 Forms/ Poomsae: After a short warmup all Taekwondoins are called to line up by kup/belt grade, they greet the Masters/instructors and are them called demonstrate their (chosen or chosen-for-them) forms.

A TaeKwonDo Form (or Poomsae) is comparable to Kata in Karate: A defined pattern of defense-and-attack motions combined with stances, weight changes and steps in several directions.

A separate form is studied for each (half-)colour belt grade, as well as for each Dan (black belt) grade. For our red belt test in December we practised our 6th Form/Poomsae, called Taeguk Yook Jang.

In the video below you see us practising O-jang, the 5th form (for blue belt) last summer in the woods:

Basic TKD techniques At times a technique basics demonstration is requested at the start of the belt test, along with naming the Korean name of each movement.

Self-Defense/ Hosinsul: Freeing yourself from grabs, warding off punches, disarming your opponent and fending off attacks with a weapon (stick or knife) is one of the most practically applicable skills studied/demonstrated in TKD, and also one of the most challenging (at least to me!) aspects of training. For our yellow belt test it looked like this:

Sparring/ Kiyorugi: To demonstrate your ability to apply attacking, parrying and defense techniques in a ‘live’ situation, a partnered (light- or no-) contact sparring session is an essential part of the testing sequence.

Breaking/ Kyok Pa:  The breaking demonstration is definitely one of the most spectacular sections of a belt test.

One or two taekwondoins hold up a wooden board. The aim is to break it using a chosen TKD striking (hand, elbow or foot) technique or combination.

Speed, technique, focus and aim/accuracy are of the essence for breaking succes.

For our red belt grade two separate breaking techniques of choice were to be demonstrated. I chose to perform a Dollyo Chagi (roundhouse kick) and a Naeryo Chagi (axe kick). For my blue belt test last year I demonstrated a dwit chagi (backwards kick).

Note: At some TaeKwonDo tournaments ‘Power Breaking’ is demonstrated as an optional category. 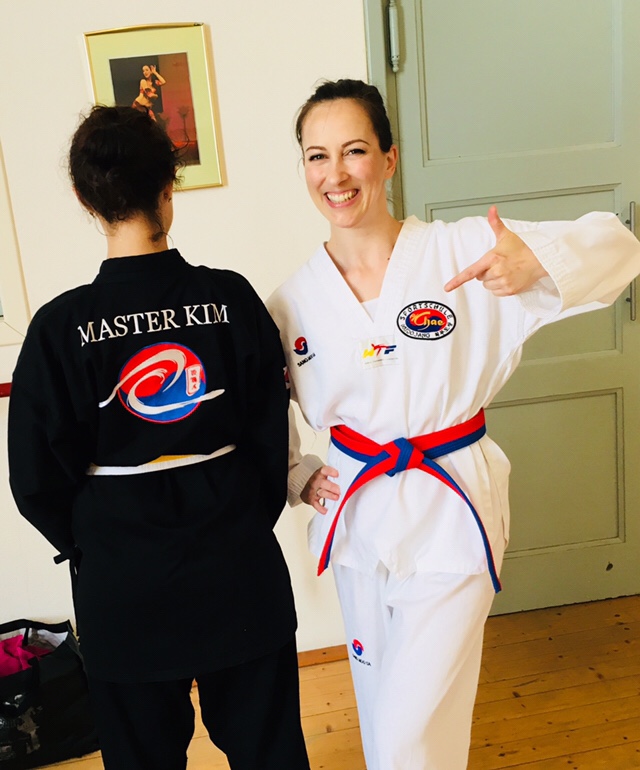